When an extremely rare bleeding disorder hit this bowling fan’s life, ARJ helped get her back to fine form

As a parent, you know when something isn’t right. Call it intuition or good old-fashioned parental insight, but Shane and Janet always had an uneasy feeling their daughter Jadynn’s health wasn’t where it needed to be.

“This had been going on with Jadynn since she was a year old,” said Janet of her daughter, who is now an 11-year-old avid bowler and devoted animal lover. “She had severe nose bleeds and bruising in her arms and legs, along with emotional distress associated with each episode.”

Shane and Janet knew something was wrong, but time after time, medical professionals insisted Jadynn was healthy. “It was frustrating not knowing what to do. No one had answers for us,” said Janet. “Not even the doctors.”

No time to spare 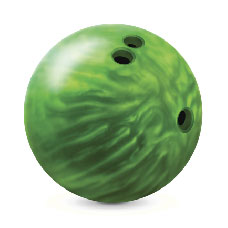 As Jadynn’s health declined, her parents’ concern grew. Shane and Janet struggled with the feeling that their daughter’s illness was spinning out of control. But as scared as they felt, the family was certain of one thing: They must keep the ball rolling in order to pinpoint a successful treatment for Jadynn.

Shane and Janet sought the opinions of countless specialists, and each one offered a different prognosis for Jadynn’s frequent bleeding episodes. Each possible lead would fade faster than the last. “Everyone was frustrated,” said Janet. “Our doctors had no idea. They had never seen anything like this before.”

Nothing could prepare the family for the unthinkable outcome that awaited them.

Days turned into weeks as doctors conducted tests. Jadynn was feeling the effects of all her visits to the hospital. The numerous blood draws were also taking a toll—during this time, she had more than 17 blood samples drawn. But then one afternoon, after exploring scores of possibilities, the family landed a lucky break—an actual diagnosis. After all the pain and tears, Jadynn’s care team identified her condition—an unimaginable conclusion they weren’t ready for.

“Our doctors had no idea. They had never seen anything like this before.”

The condition was recognized as combined factor V deficiency (Owren’s disease or parahemophilia) and factor VIII (hemophilia A). These inherited bleeding disorders occur when one or several clotting factors are missing or not working correctly. The combination of these two conditions is rare, but what makes it even more unlikely is that Jadynn is female—while many women are carriers of the genetic disorder, it is unusual for women to experience symptoms of the disease.

Strangely, Jadynn’s family didn’t have a history of hemophilia, which is uncommon in bleeding disorder patients. But Shane and Janet were comforted by the diagnosis nonetheless. After all, if they were armed with knowledge about her condition, they could devise a game-winning strategy to minimize Jadynn’s symptoms and improve her overall health. Jadynn’s is one of the only known cases in the United States. Information is still limited, but continues to be researched worldwide. “You have a better chance at winning the lottery,” said Shane. “We once again found ourselves not knowing what to do next.”

ARJ for the win

After learning Jadynn’s diagnosis, the family discovered another hurdle they weren’t sure how to face: infusions.

Over the years, Jadynn was prescribed medications she didn’t need due to her previous misdiagnosis, but she had never once been administered an infusion. “We really had no idea where to begin,” said Shane. “Not only did we have to figure out how to do all this, but now we have to start letting people into our home to take care of our child.”

But in early 2014, a trusted source recommended ARJ and it changed their lives. Nurses and pharmacists quickly stepped in to form a winning treatment plan the entire family could feel good about.

Shane and Janet had strong feelings that all four members of their family, including son Kasey, who was 6-years-old at the time, should be involved in Jadynn’s new treatment plan.

Jadynn initially refused treatment and was exasperated at the idea of infusion becoming a regular part of her life.

With so many nursing visits to the home, a friendship started to blossom, along with a routine that provided comfort to the family. A typical week would include up to three home visits, with each infusion lasting no more than two hours. The young patient who once refused to accept this as a new part of her life began to develop strong friendships and a sense of calm when her ARJ care team came to visit.

ARJ is known for its high customer satisfaction ratings and high-touch care. “We feel involved, and having a routine helps reduce Jadynn’s anxiety by knowing which nurse is coming,” said Janet. “Our nurses truly go above and beyond for us.”

Kim Bushell, an ARJ nurse who provides care for Jadynn, is equally in awe of her 11-year-old patient. “She has made such large strides since coming on with ARJ,” said Kim. “I couldn’t be prouder.”

In fact, the entire family has come a long way— they’ve even learned how to give infusions to Jadynn. ARJ nurses encourage self-infusion and provide the necessary education to patients and families to enable them to administer treatment on their own.

There are many professionals at ARJ who make it their priority to ensure customer service is at its finest, and these experts help families like Jadynn’s every day. 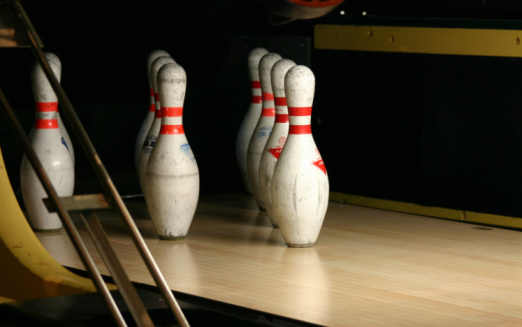 “There have been times I’ve called ARJ with a question and Coree, the receptionist, answers the phone with such an inviting tone to her voice. She’s ready to help me no matter what,” said Janet. “There have been so many individuals who I’ve never met in person who have helped me better understand my insurance or how to become eligible for co-pay assistance programs. I can’t thank them enough.”

The high cost of medications and the frequency of treatments can often result in families spending thousands of dollars in out-of-pocket expenses. “I had no idea about the types of assistance out there,” said Shane. “It’s helped us in so many different ways.”

With departments devoted to caring for the financial, mental, and lifestyle hardships families may face during treatment, patients like Jadynn and her family have access to a variety of valuable services and resources at ARJ.

Today, things are looking brighter for Jadynn and her family.Their perspective has changed. Kasey, now 8-yearsold, is part of the family’s weekly infusion routine.

And most recently, the family has taken part in festivities at town fairs, and even designed their own float for a local parade. They continue to participate and volunteer at community events to help bring awareness to hemophilia. And perhaps best of all? They’re still knocking down pins as a family in their bowling leagues.