Beau, who turns 14 this year, has a special interest in World War II history and loves learning about airplanes. He goes to school in the morning and catches up on homework and video games at night. In most ways, Beau’s life mirrors the lives of his friends.

Except Beau was diagnosed with severe hemophilia A when he was just 6 months old. 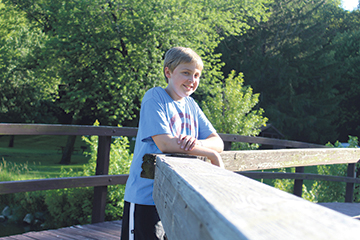 Beau’s journey started when his mom, Kari, made a startling discovery after picking him up from day care. “I saw pea-sized bruises on the back of his head, and there were fingerprints under his arms from being picked up,” Kari remembers. “I didn’t know what to think.”

Trying not to panic, Kari sought the advice of a neighbor, who worked as a nurse in the ER. She urged Kari to take her son to the doctor for a check-up.

After performing a series of tests, Beau’s pediatrician diagnosed him with a rare genetic disorder called hemophilia A.

This explained the bruises on Beau’s body—insufficient levels of a protein called factor VIII prevented his blood from clotting normally. When left untreated, it can lead to serious complications, including internal bleeding, damage to joints, and infection.

The news left the family reeling. It was especially difficult to comprehend the diagnosis since there was no known family history of the genetic disorder. “I couldn’t say my child has hemophilia out loud without crying,” says Kari.

There was no quick-fix solution to replace the missing factor in Beau’s blood. Treating the condition meant he would require ongoing intravenous infusion treatments to stabilize the clotting factor in his bloodstream.

Throughout the next year, young Beau underwent 15 infusions in the hospital. 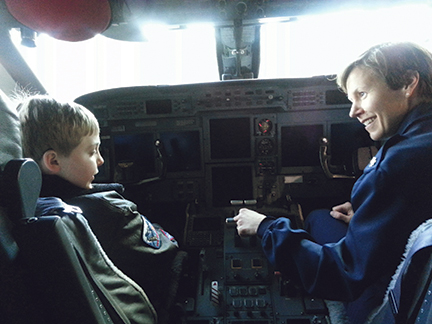 And then the family was hit with more devastating news: 18-month-old Beau had developed inhibitors—antibodies that attack and inactivate factor treatment—making it nearly impossible for the infusions to work effectively.

“I cried a lot in the beginning, on our way back and forth from the hospital,” says Kari. “And just when we thought we were getting to a good place, another bleed would start.”

During the next few years, Kari, along with husband Craig and their daughter, Jordyn, plunged into action to help Beau through injuries and spontaneous bleeding episodes.

“Everything happened so suddenly,” recalls Kari. “We had to make adjustments. Fast.”

The family’s resiliency was tested almost daily. “It took a long time for us to accept it, but once we embraced it, we felt better,” says Craig. “We learned a lot in a short amount of time.”

Amidst all the turbulence, Kari and Craig saw a glimmer of hope when they discovered in-home nursing services with the expertise to treat Beau’s complex condition.

Nursing staff worked closely with the family to help them become comfortable infusing Beau, which allowed Kari and Craig to settle into a routine that accommodated their work schedules. 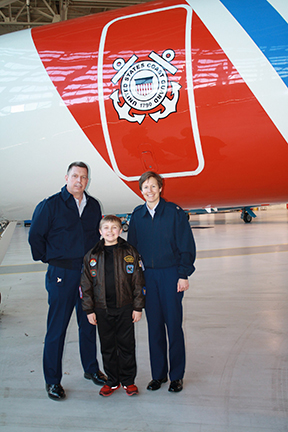 “That was a huge help,” says Kari. “We were striving for normalcy, and the nurses helped us achieve it.”

“Over the years, our family and friends have come together for us,” says Craig. “They say it takes a small village to care for someone, and in this case, it’s absolutely true.”

The family mapped out a plan to educate Beau’s teachers, friends, and neighbors—and to understand what to do in case of an emergency. A matter of minutes can make all the difference. “We’re always on high alert,” says Kari. “Things can change very quickly.”

Helping Beau understand his condition was just as important. At 7 years old, he started administering his own infusions. “I learned from the nurses and at hemophilia camp,” he says. “And I just kept working on it.”

These days Beau is a pro at self-infusion. He puts his skills to use every other day with an infusion regimen for immune tolerance, and he’s able to treat on demand when he has a bleed.

Today Beau and his family spend their time advocating for the hemophilia community instead of worrying about the next bleed.

“We feel good about where we’re at,” says Craig. “Our family’s goal is for Beau to enjoy life as a teenage boy: fishing, friends, airplanes, and video games.”

Bleeding Disorders, Chronic Conditions, Healthcare, Hemophilia, RareDecember 28, 2016josh_mcbride
Previous Post A Moment with ARJ’s President Next Post Give and You Shall Receive: The Big Draw For Volunteer Blood Donors