Hannah’s life revolves around dance, so she couldn’t risk an autoimmune disorder interfering with her routine.

For most freshman, entering the world of high school is a frenetic mix of football games with friends, first-date jitters, and last-minute study sessions.

When Hannah was 15, she was just starting to get into the rhythm of her high-school routine. She skillfully balanced school projects with long stretches of time in the dance studio, where she devoted hours to perfecting her jazz, kick, and lyrical dance moves.

But early in her freshman year, Hannah noticed a light purple discoloration on her hands, elbows, and knees. She chalked it off as an unpleasant side effect of the cold winter weather.

Eventually Hannah’s knuckles were so discolored that classmates wondered if she was contagious. “I always got asked about it, but I had no idea what to say. People made fun of me,” she remembers.

Surprisingly, the rashes weren’t itchy or painful. But Hannah’s mom, Kim, had concerns about the newfound attention from peers. Her daughter was withdrawing from the sport that had always brought her so much joy.

But as any strong athlete will tell you, quitting is not an option. 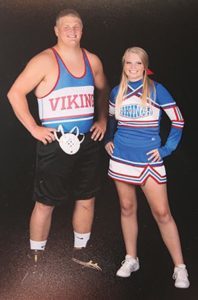 Kim wondered if the rashes could be a form of psoriasis, a common condition that causes skin cells to build up and form dry patches. Hannah’s older brother, Tyler, was diagnosed with the disorder when he was a high-school freshman.

The mother-daughter duo forged ahead to find a remedy.

There was a little back and forth with specialists to define the best course of treatment. One dermatologist prescribed psoriasis medication before referring her to an arthritis center. No one seemed to be able to explain the discoloration. Hannah was convinced nothing would help.

That’s when she met Sandy Hong, M.D., a pediatric rheumatologist at University of Iowa Hospitals & Clinics in Iowa City.

Noting the rash formation on Hannah’s skin, Dr. Hong and her team conducted a muscle-strength assessment to check the enzymes in her blood. An MRI revealed minor muscle disease.

Dr. Hong explained that Hannah’s discoloration was a symptom of juvenile dermatomyositis (JDM), a rare autoimmune disease that affects blood flow to the muscles and causes inflammation of blood vessels.

As comforting as it was to find out the diagnosis, it didn’t change the gut-check reality of that moment when Hannah learned she had a rare disease.

“I was relieved, but I also didn’t want people thinking I was just this person who has something weird about her. I was pretty insecure about it,” says Hannah.

Luckily she didn’t present any clinical symptoms of muscle weakness, which is often associated with a JDM diagnosis. But the absence of weakness made it all the more difficult to gauge how aggressively to treat the condition. 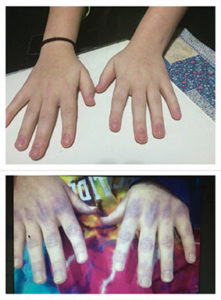 The infusion treatments were initially disorienting for Hannah. Drives to the hospital were long. The infusions were even longer. Treatments lasted about five hours and were often accompanied by headaches and lethargy on the car ride home.

But over time, the purple discoloration on her skin began to fade.

The drives were draining, though―especially when unpredictable winter weather made the trips twice as long. Hannah frequently missed school, too. Kim wished there was something more she could do for her daughter.

Hannah’s care team wanted to do more, too.

Hannah and Kim were ecstatic when Dr. Hong’s team suggested ARJ perform the infusion treatments in their home.

“She was a busy high-school student, so it made sense to transition to in-home treatments” says Courtney Kremer, ARNP, a pediatrics specialist at University of Iowa Hospital.

“We knew ARJ was able to provide home infusion care in her area, so it worked out well. Convenience and a reputation for quality care, especially in pediatrics, played a large part in the decision to refer Hannah to ARJ.”

Under ARJ’s care, Hannah started a regimen of home infusion treatments every five weeks. Consistent treatment has helped to reduce the frequency of her infusions over time―and she may be able to space out treatments even further in the future. 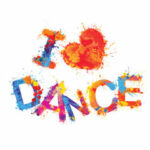 Kim was amazed by the positive difference she noticed in her daughter. “She was a lot more relaxed. I could see that things were working out better for her. She was back to her usual self.”

They even developed an unexpected friendship with ARJ infusion nurse Michelle Boshart, who’s been by Hannah’s side from the beginning. “I can always count on Michelle,” says Hannah. “She just always knows what to do.”

Kim echoes Hannah’s sentiment. “Michelle is like another daughter to me,” she says. “Hannah’s like a little sister to her. She would go through hoops to care for her. She’s so great at what she does, and has just been an immense comfort to us.”

Today Hannah is dancing to a different beat. The recent high-school graduate has plans to study at North Iowa Area Community College before transferring to University of Iowa to pursue early childhood education.

And when she’s not working with kids at her job in the local preschool, she’s back in the dance studio working with students.

Hannah loves teaching and being part of dancers’ lives in and out of the studio.