History of Hemophilia: The Royal Disease 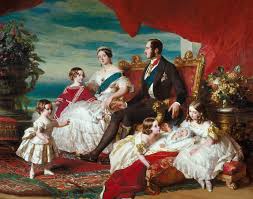 Did you know that hemophilia has been around since ancient times, though the word hemophilia did not appear until 1928?

Hemophilia was first introduced to the world as “The Royal Disease” during the reign of Queen Victoria of England. She was a carrier of the hemophilia gene, but it was her son, Leopold, who endured the effects of the bleeding disorder, including frequent hemorrhages and debilitating pain.

Leopold passed the carrier gene to his children, who eventually married into the royal families of Russia, Spain, and Germany, thus extending the condition throughout the European Royal bloodlines.

The most significant impact of hemophilia during that time was when Russian Czar Nicholas introduced a Siberian monk named Rasputin to aid in his son's suffering. Nicholas believed Rasputin could help cure the family of the Royal Disease, but instead his presence incited the events leading to the Russian Revolution of 1917.

Most people with severe hemophilia—and even some with mild or moderate hemophilia—died in childhood and early adulthood. The main cause of death was bleeding in vital organs, especially the brain. Those who survived were usually crippled by the long-term effects of repeated hemorrhages to the joints, which made hemophilia one of the most painful diseases known to medicine at that time.

Since not much was understood about hemophilia at the time, treatment was extremely rare. From magic spells to ice, rest, and splints, the majority of treatments focused on treating external wounds. In the early 1900s, treatment for hemophilia was limited to using hydrogen peroxide, gelatin, and even snake venom due to its blood-clotting properties. Children were kept in bed for weeks and months at a time to decrease their exposure to injury and minimize the bleeding.

Treatment has come a long way in the past few decades. As a leader in specialty pharmacy and infusion nursing, ARJ's specialty-trained nurses and pharmacists are dedicated to caring for children and adults with rare and complex cases, including hemophilia, Von Willebrand, and other inherited or acquired bleeding disorders. Plus, we advocate for access to quality healthcare and research across the nation.

We're your advocate for a better life!

Visit hemophiliafed.org to learn more about the fascinating history of hemophilia »