Candi likes to joke that her family is living “the Cadillac lifestyle of healthcare.” But three years ago, she and her husband, Joe, faced challenges that were no laughing matter.

After waiting years to adopt a child, the couple was ecstatic when they learned they’d finally get to travel to China to meet their 2-year-old son, Jai. There was just one small catch. Up until three days prior to boarding the plane, Candi and Joe were unaware Jai had hemophilia.

Because Jai’s diagnosis wasn’t noted in his records, the couple was surprised when they received a letter from his foster mother days before their China trip. The letter included the standard collection of adoption updates and arrangements—and at the end, a brief afterthought: “Aside from the hemophilia, he is a healthy, smart, loving boy.”

Unfamiliar with hemophilia, Candi and Joe were taken aback, but not off track. Traveling 7,000 miles to meet their little boy, they weren’t sure what to expect, but they were eager to welcome Jai into their family.

As his parents later learned, Jai has a severe form of hemophilia A, a rare genetic bleeding disorder caused by a lack of blood-clotting factor VIII. 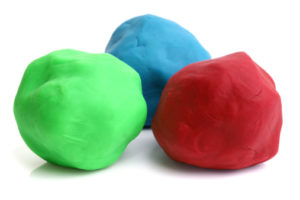 Without enough factor, Jai’s blood cannot clot properly to control bleeding. And when blood can’t clot properly, it can lead to prolonged bleeding episodes—both internal and external—after even minor injuries.

It wasn’t long before Candi and Joe experienced the telltale symptoms of their son’s rare condition for the first time.

While in China, the family was taking a stroll when Jai tripped on a crack in the sidewalk and fell. It was a temporary setback in an otherwise fun day, and he appeared to take it in stride. But later that evening, his parents grew worried. Jai had developed dark, massive bruises across his chest and stomach.

“That was pretty terrifying,” recalls Joe. “It was our first experience with what hemophilia could be like.” 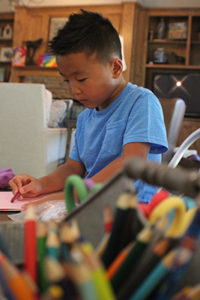 After returning to the U.S., the family powered through, but not without setbacks. “We were new to Jai, he was new to us, and we were new to hemophilia,” explains Joe.

“It was tough in the beginning,” adds Candi. “I really think Jai did better than we did.”

Jai’s mom describes him as a sensitive, smart, silly boy who quickly adapted to his new home. And with the loving guidance of big sister Ruthie, he learned English his first week in the U.S. by watching her favorite movies together.

His creative talents began to shine, too. Jai took an interest in drawing, painting, and playing with clay. These activities would later turn into a family affair where everyone would gather around a dedicated table overflowing with art projects.

While Jai was progressing in his new environment, Candi and Joe still felt in the dark about their son’s bleeding disorder. Taking in all the new medical terminology was overwhelming. And even with answers, they still felt like they were going in circles.

In those first six months, Jai was a frequent overnight patient at Children’s Mercy Hospital in Kansas City. He spent a lot of time in the Hemophilia Treatment Center catching up on medical care he hadn’t received in China.

The hemophilia ward was shared with oncology, and it’s an unhappy place by any standard. “That was a deep, low, painful time,” says Joe.

Yet the time spent in the hospital with Jai helped the parents reshape their perspective. “There were other parents dealing with cancer and hoping their children live,” says Joe. “I ended my pity party right there. I moved on. I felt lucky after that. We were lucky to be able to leave the hospital with our son.”

During that sobering time, one of Jai’s nurses explained that the family had many resources to choose from, but if their insurance could cover it, they’d want to seek care from ARJ.

“It was like a hemophilia 101 session,” says Joe. “They were in our kitchen every morning, taking the pressure off, and just talking to us about what life is like with hemophilia.”

The family immediately recognized the importance of being able to schedule in-home visits that worked with their busy schedules. “It was a big deal to get the education in our own home with people we really liked,” says Candi. “Our nurses were so kind and helpful. And then it just got easier and easier.”

ARJ’s Patient Services team was also there to help keep the momentum going and develop a routine.

Arielle Pflumm, a Patient Services representative, checks in with the family to schedule home deliveries and replenish Jai’s medication when he runs low.

In the age of online access and unending choice, it’s the personal, emotional connection the family shares with ARJ that makes all the difference. 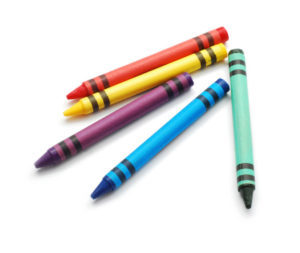 Jai, along with Ruthie, 6, and their younger brother Bodhi, 3, are keeping their parents busy with school. Jai’s now in first grade, and in addition to flourishing in art and reading, he takes Mandarin Chinese language classes. “Our hope is that someday we’ll take him to China, but he’ll be the one to guide us around,” says Joe.

Hemophilia doesn’t interrupt the busy family’s fast-paced life. Referring to infusion treatments, Joe sums it up: “Fifteen minutes every three days—that’s it. Then he’s on to his next adventure.”

The couple’s positive experience raising Jai even inspired Candi to start a support group with two moms. Together they connect with other adoptive parents of children with bleeding disorders to help them adapt to their new lifestyle.

The happy parents are enjoying every minute of the family they worked so hard to create—a beautiful masterpiece.

We love to see our patients shine!